Source
Rabbits were immunized with a synthetic peptide derived from the rat Kv3.1b potassium channel conjugated to KLH

Applications
This antibody can be used for Western blotting (5-10 µg/ml). Optimal concentration should be evaluated by serial dilutions. 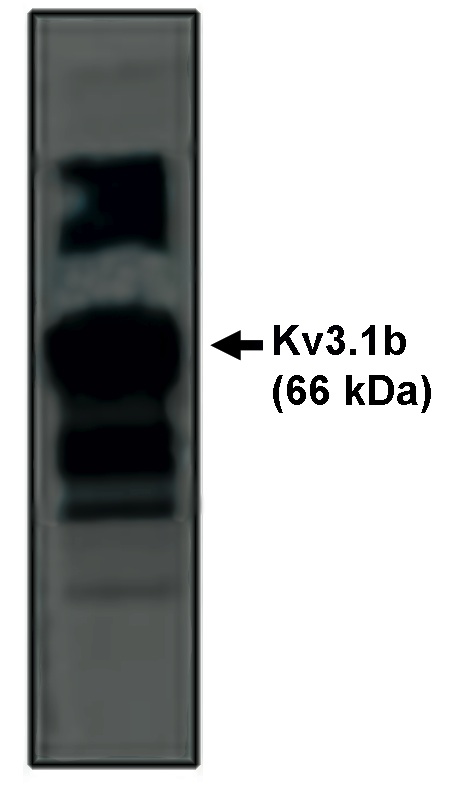